Child vaccinators: the feat that brought the smallpox vaccine from Spain halfway around the world

Short 5.11 minute video produced by the Department of Microbiology of the University of Seville on the Philanthropic Vaccine Expedition that managed to bring the smallpox vaccine, transported by children, from Spain to different areas of America and Asia as part of the then Spanish empire. It was the first expedition of its kind in human history. The expedition, also known as the Balmis Expedition after the doctor from Alicante, Francisco Javier Balmis, who led it, took place between 1803 and 1806 under the auspices of King Charles IV with funds from the public treasury. In order to preserve the vaccine sample for the duration of the voyage, it was decided that it should be carried by children who were successively inoculated arm in arm during the course of the voyage. Thus, the protagonists of this story were 22 foundlings aged between 3 and 9 from the Foundling Homes in A Coruña, Santiago de Compostela and Madrid, all of them accompanied by Isabel Zendal Gómez, rector of the A Coruña home and mother of one of the children. With the aim of reaching the general public, the narration is particularly clear in its presentation, with visual resources very suitable for primary and secondary school pupils. In addition, this video aims to raise public awareness of the importance of vaccination, as well as to debunk the myth of ‘anti-vaccination’ and its lack of scientific rigour.

Abstract: Explanatory video on Balmis and the Philanthropic Smallpox Vaccine Expedition of 1803-1806 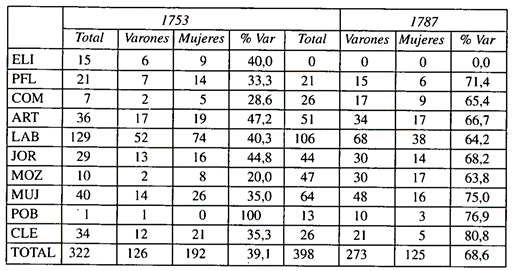 Structure of female-headed households in inland Spain in 1753 (%) 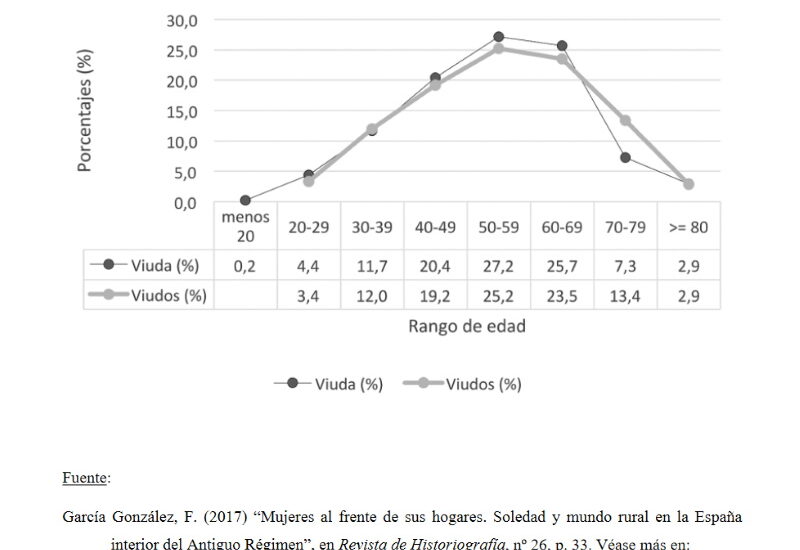 Life cycle and widowhood in inland Spain in 1753