The Paris Uprising took place on 27, 28 and 29 July 1830 and became known as “the three glorious days. This event was initiated by the group of liberal republicans due to the violation of the Constitution by the government of the Second Restoration. This work reflects the bourgeois insurrection that put an end to the reign of Charles X, the last Bourbon king of France, being replaced by Philip of Orleans, consummating the accession to power of the liberal bourgeoisie, although the republic was not established. The revolts began on 27 July in protest against the suppression of parliament and freedom of the press. They were led that night by young republicans, and the next morning they set up barricades. Two days later, the revolutionaries were masters of the city, leading to similar uprisings against the reactionary monarchy in several European countries. The allegory of freedom is identified by a young woman with a Greek face and a Phrygian cap carrying a flag and encouraging the group that accompanies her. In fact, one of the bourgeois depicted to the left of the viewer is Delacroix himself, who confessed to his brother in a letter that he had begun a new subject, a barricade, as the composition is also known.

Project: 3. Rural world and urban world in the formation of the European identity., 6. Under a cloak of terror: violence and armed conflict in Europe.

Abstract: Scene by Delacroix commemorating the uprising of the people of Paris against Charles X of France in 1830 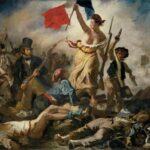 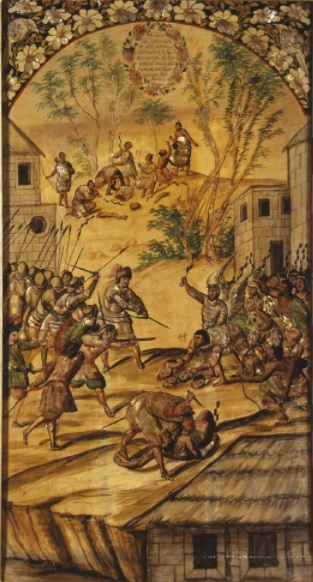 Conquest of Mexico: Sacrifice of the Spaniards
Previous Article 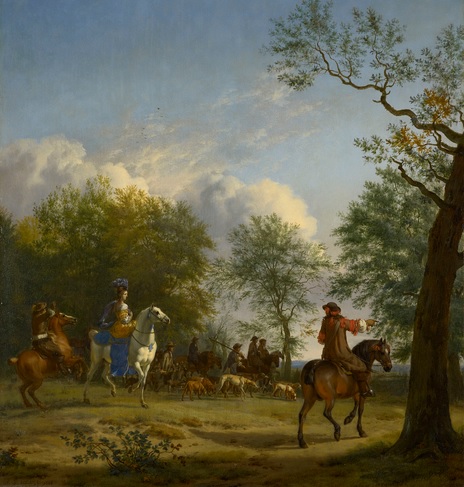 Falconry on the outskirts
Next Article