Income from the chaplaincies of the diocese of Salamanca (1779-1783)

The resource shows the incomes that the chaplaincies in Salamanca had in the late 18th century, between 1779 and 1783. But what was a chaplaincy? It was a perpetual foundation endowed with material goods with which to cover annual spiritual expenses. Like an entailed estate, the lands of the chaplaincies financed the masses that the founders stipulated, and which had to be officiated by a chaplain, normally a direct member of the founding family who was chosen to enter the clergy as a form of social reproduction. In return, the chaplain received a benefit and financial support, either directly or through the lease of the endowed land. The table shows the importance of land in the income of the foundations: 51.56% in the form of wheat and rye income, far from census income (14.06%), money (11.71%) or urban properties (6.25%). Within these general data for the diocese of Salamanca, there were areas in which, depending on their economic activity, the foundations received different levels of income: in the vicariate of Miranda del Castañar, census revenues accounted for 41.86% and wine income 34.88%, while wheat and rye accounted for a low 2.33%.

Project: 10. Churches and religions in Europe., 2. Social and economic impact of technological revolutions in Europe., 3. Rural world and urban world in the formation of the European identity.

Abstract: Resource showing the Salamancan income from the main way in the Crown of Castile to become a clergyman: the chaplaincies 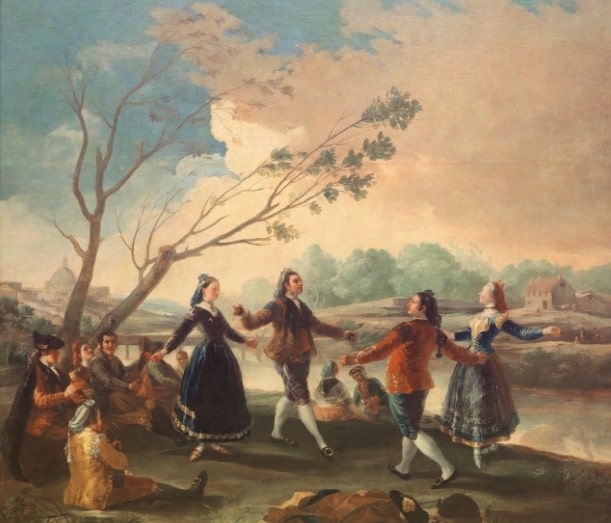 Dancing on the banks of the Manzanares