Velázquez’s work shows one of the court jesters: the jester Don Juan de Austria, who received his nickname from the hero of the battle of Lepanto, working at the court of Philip IV between 1624 and 1654. The Sevillian master depicts the jester dressed as the hero who gave him his name through various attributes scattered across the floor and the naval scene in the distance. However, despite the fact that certain historiographical currents have attributed a certain pejorative character to these portraits, to which should be added the dwarves who served at court, these were royal servants who received a stipend for their service. In other words, they were workers for whom King Philip IV showed a predisposition and recognition for their work rather than laughing at them.

Abstract: Portrait of the jester called Don Juan de Austria by Velázquez, showing the devices for his act on the floor 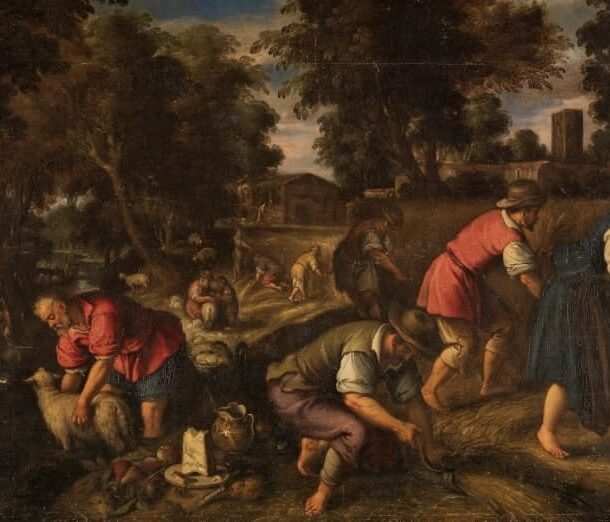 Mowing and shearing or The Summer
Previous Article 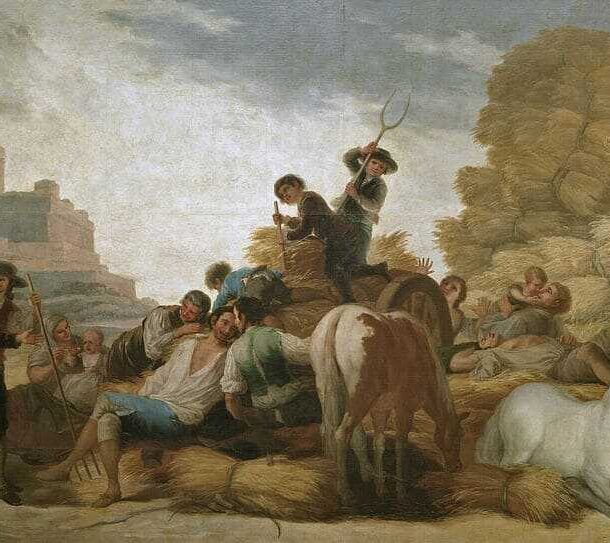 The ground or Summer
Next Article