Adriaen van Ostade’s composition corresponds to the so-called peasant interiors, one of the new pictorial genres that emerged and developed in Flanders and Holland at the beginning of the 17th century. The consolidation of this genre was supported by the satirical and moralising literature of the previous two centuries, which had its roots in the peasant couplets of the 14th century composed by knights during peasant fights. The term kerel, used to designate free peasants, came to be used to describe the gañán (uncouth, coarse and rough peasant with a behaviour dominated by instincts and passions that was in contrast to the behaviour of the bourgeois class). The scene takes place in the peasant interior with a man sitting with his back to the viewer, an old woman sitting with her right arm on a barrel and an open book in her hands, and a child resting his arm on the old woman’s leg. The scene seems to represent the hilarity provoked by a jocular remark, perhaps related to the old woman’s latest reading. Reading aloud during the 17th century was commonplace at informal gatherings, both among the simple folk and the bourgeoisie.

Abstract: Reading scene in the 17th century European peasantry as depicted by Ostade 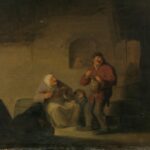 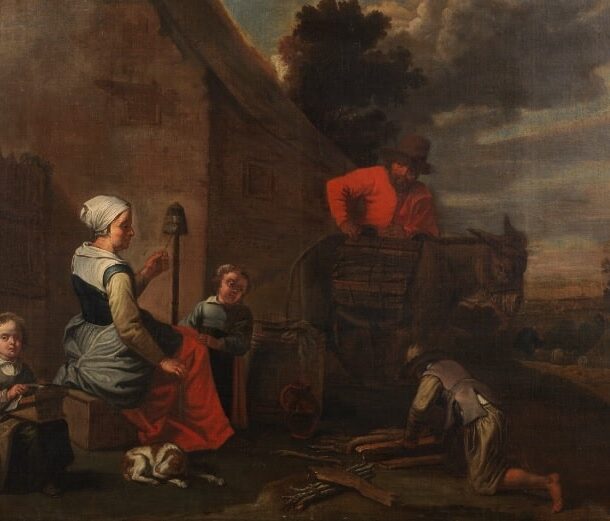 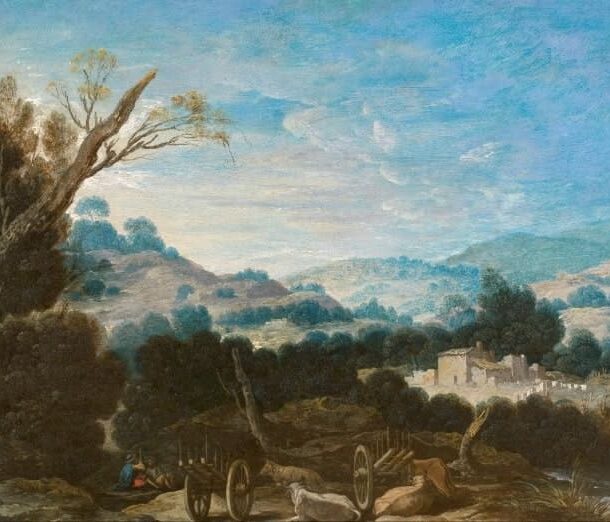 Landscape with shepherds
Next Article