Vault with the Apotheosis of the Spanish Monarchy

Luca Giordano was commissioned to decorate the vault of the former Ambassadors’ Hall in the Buen Retiro Palace, which is now the library of the Prado Museum. Built next to the former Royal Room of San Jerónimo, it was ordered to be erected by order of the Count Duke. Within this complex, on the eastern side, a small building was commissioned from Alonso Carbonel after the inauguration of the Buen Retiro Palace in 1632, although the work was completed in 1692, according to Palomino. The decoration of the vault represents the apotheosis of the Spanish monarchy in which Giordano developed a complex iconography full of symbols, historical, mythological and allegorical characters related to the Hispanic monarchy. On the east panel is the presentation of the Golden Fleece to the Duke of Burgundy, Philip III the Good, from the hands of Hercules, thus going back to the mythical origin of the Order of the Golden Fleece and the mythological link with the Hispanic Monarchy (behind it is Jason together with the Argonauts who recovered the Golden Fleece). At the ends of the vault there are other themes featuring Hercules: the gigantomachy and the struggle with Antaeus. The repeated presence of Hercules makes him the undisputed protagonist of the decoration. The group of Hercules is completed with a coat of arms showing the territories subject to the House of Austria (Castile, León, Aragon, Sicily, Granada, Austria, Burgundy, Brabant, Flanders and Tyrol). All of them were under the royal crown. Giordano, together with different constellations (Taurus, Leo, Draco or Gemini), arranges the Parnassus presided over by Jupiter over which flies the eagle with which it is traditionally associated. On the other hand, Minerva is depicted as the positive form of warlike understanding who, in addition to being the protector of Jason and Hercules, is the incarnation of prudence and wisdom. She is accompanied by the crow (able to divine the future) and the owl (able to see in the dark). Behind her appears Mars as a representation contrary to Minerva’s understanding of war, being accompanied by Terror and Wrath.

Abstract: Allegory of the Hispanic Monarchy depicted in the Casón del Buen Retiro by Luca Giordano 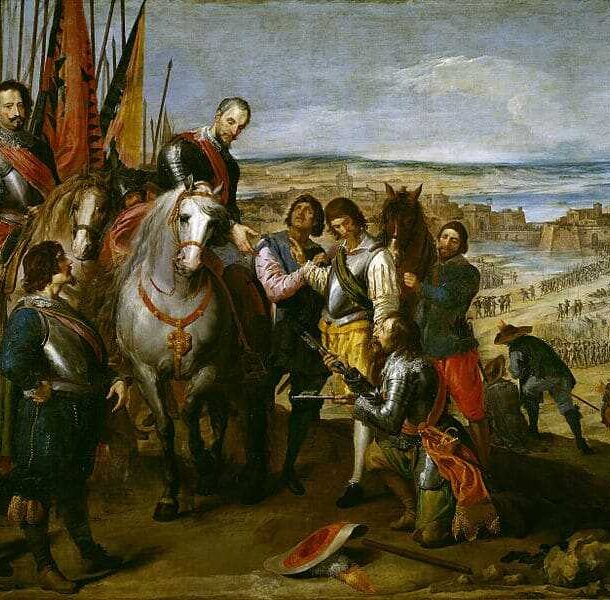 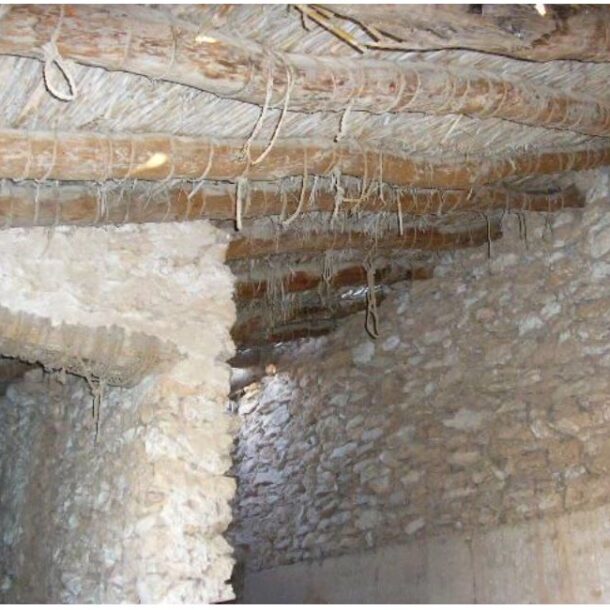