In trying to explain the evolution of the Galician population between the 17th and 19th centuries, criteria can be established which characterise Galicia as one of the most dynamic areas, with its population doubling between 1591 and 1752, although the key is to study these demographic data throughout these centuries to see the reason for these variations.
In the mid-18th century, Lugo and Tui show the most differentiated values, with the former province being sparsely populated and enjoying a good number of livestock, while Tui has similar data for both people and livestock. The figures for Betanzos, Mondoñedo and Coruña are very similar, with the latter having slightly more population due to its position as the capital. Santiago, on the other hand, shows the weight of the Ulla valley and the coast, with areas with a large presence of terracing that condition the occupation of the land.

Abstract: The table shows the population density of various Galician provinces, as well as their cultivated hectares and head of cattle per inhabitant in 1752 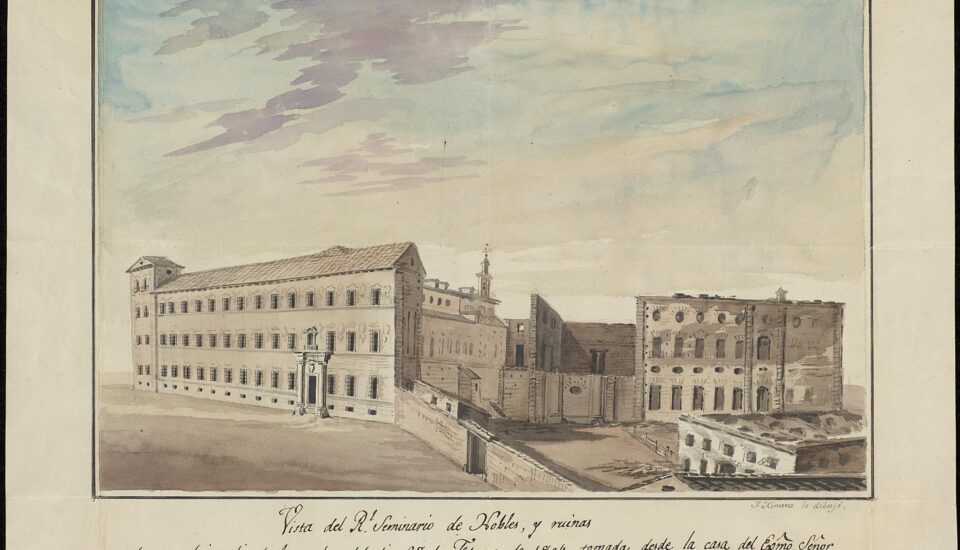 Elevation of the Royal Seminary of Nobles of Madrid I 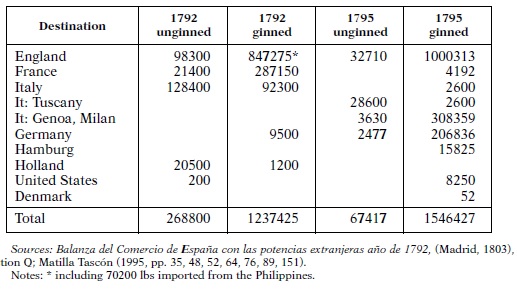 Exports of raw cotton from Spain (in pounds)