Expulsion and exile of the Jesuits from Charles III’s dominions

This website addresses the question of the Jesuit expulsion by providing bibliographical references and other texts and documentation, approaching the study from different points of view. It also contains interesting web links and shows information about the Jesuit Research Group of the University of Alicante. The Society of Jesus, created in 1540, whose nature was distinguished as Renaissance, cultured and freedom-loving in its initiatives, played an important role in the Counter-Reformation and in the evangelisation of the New World, as well as in its proximity to monarchs such as Philip V and Ferdinand VI. However, in the middle of the Enlightenment there was a clash with the political institution. The Spanish Jesuits were accused, among other things, of sympathising with the theory of regicide, of having encouraged the Esquilache mutiny a year earlier and of defending laxity in their colleges and universities. The banishment, which took place in the early hours of 2 April 1767, was part of a major political manoeuvre that had been in the making since April 1766, when the “Secret Investigation” of the public prosecutor Campomanes was launched, created with the excuse of uncovering those guilty of the riots in Madrid in March of the same year, but whose real aim was to implicate the Society of Jesus in the popular disturbances that had caused the monarch to flee Madrid. Their property was seized and they were only allowed to take some of their personal effects with them.

Project: 10. Churches and religions in Europe., 7. Persecuted by justice and powers: rebels, political dissidents and criminals in the history of Europe.

Abstract: hematic portal on the expulsion of the Jesuits in 1767 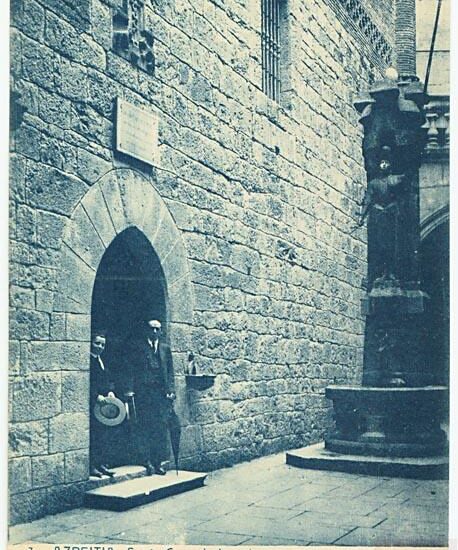 House of Ignatius of Loyola

Dossier on the evangelisation of the Thieves Islands or Mariana Islands