Legal proceedings against Aragonese marriages in the 18th century

During the 18th century in Aragon, a series of power conflicts between renowned families and institutions in rural environments were reported. The role of the fathers of the great families in maintaining order in the communities clashed with their children’s desires for social advancement and their personal interests, so it was the institutions that had to mediate in order to achieve a certain consensus. Relatives usually claimed to be acting for the good of the community, but the reality was simpler and more individualistic.
Free marriage was one of the most important tools available to young people who wanted to move up the social ladder. The problem for the community arose when two people with clear social differentiation or whose marriage deprived them of fulfilling the role that both the community and their own family had given them.
Parents had various ways of obstructing the marriage of their children if they considered it to be a cause of dishonour for their family, by first advocating in the private sphere of the home, and then escalating to institutions if they were overwhelmed by circumstances. The lawsuits mentioned in the appeal are shown to be pre-marital, i.e. originating from the couple’s word of marriage. A large proportion of the cases were between parents and children, even involving coercion and physical violence.

Abstract: Table showing the typology of the judicial processes opened against marriages during the 18th century in Aragon

Evolution of the income of the confraternity of San Roque de Ferrol, 1706-1797 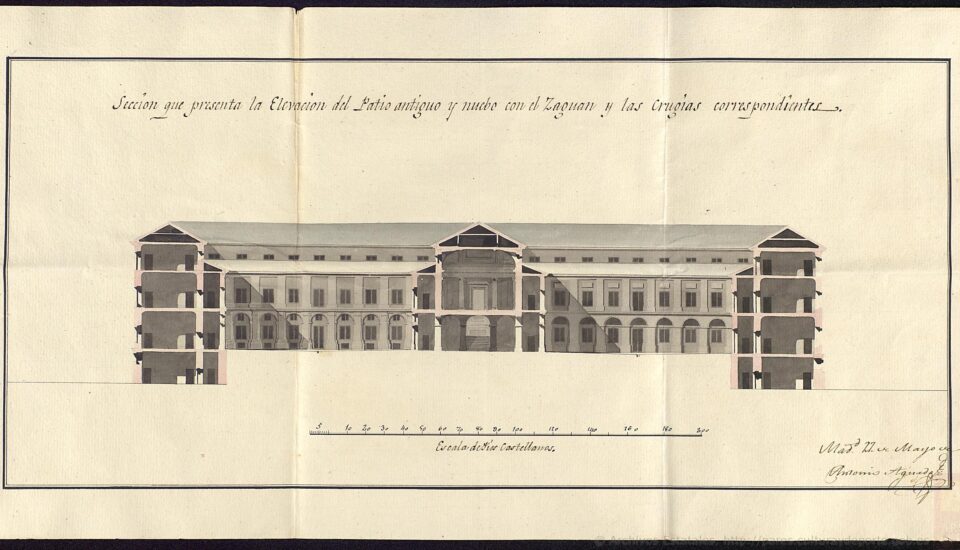 Elevation of the Royal Seminary of Nobles of Madrid II