The Milanese merchant family of the Cernesio family managed to evolve socially during the 17th century to become nobles of the Kingdom of Valencia. Their work as wheat merchants made them well known in the main ports of the western Mediterranean, supplying several cities and almost exclusively the granaries of the islands of Sardinia and Sicily. They also traded in cloth, foodstuffs, steel and horses, among others, showing the diversification of imports that passed through the Valencian ports of the 17th century in their name.
The arrival of the Cernesio family in Valencia was due, on the one hand, to the economic possibilities of such a city, and on the other hand, to the weakness of the local commercial bourgeoisie, which was beset by continuous economic crises.
To emphasise their role in the western Mediterranean, it can be seen from the resource that more than half of the ships that arrived for them came from ports on the Italian peninsula and from the aforementioned islands of Sardinia and Sicily. The data also show the extensive commercial network that involved the Cernesio family, receiving goods from a wide number of ports influenced by the family’s friendships and even resources from their own relatives.

Abstract: Pie chart showing the origin of the commercial vessels that arrived for the Cernesio family in 1615 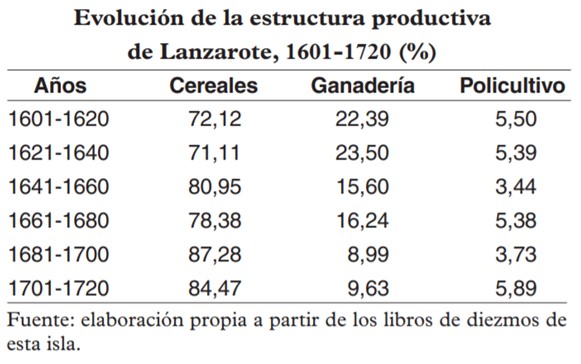 Evolution of the productive structure of Lanzarote, 1601-1720