Using the case of Segovia, the author aims to shed light on this urban centre at the beginning of the 16th century, trying to explain rationally why this Castilian city (like many others) grew around 1500 and underwent profound social transformations. The thesis of the article proposes that from the mid-15th century until the end of the 16th century, the Castilian nobility of the cities invested part of their profits in favour of merchants and artisans, seeking to obtain a near return in exchange. The main source of wealth for the nobility – the social group that lent the most – was the rent from land
Thanks to the first notarial protocols preserved in Segovia, it is possible to verify the credit at the beginning of the 16th century and the operations that were carried out. It is striking how little monetary attention was paid to the rural sector, as these neighbours managed to receive only 7.3% of the total money lent, despite the fact that they outstripped the city’s neighbours in terms of operations. Urban merchants, on the other hand, were the group that received the largest amount, close to 40% of the total.

Abstract: Table showing the groups receiving loans in Segovia at the beginning of the 16th century, differentiating between residents of the same city and those of other towns 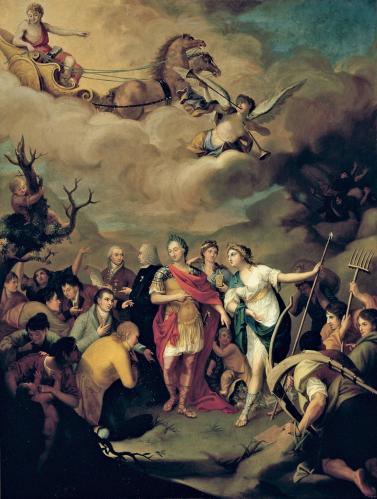 Charles III handing over land to settlers in Sierra Morena