If the aim is to analyse the educational system in the rural world of present-day Albacete in the mid-18th century, it is necessary to know from the outset the number and typology of the educational institutions that provided services, their geographical distribution and their financing. The backbone of these institutions was the teachers, who were in direct contact with potential students and whose professional and social situation was very much determined by the context in which they found themselves.
Thanks to the data provided by the General Answers of the Ensenada Cadastre (1750-1756), it is possible to quantify the educational centres in operation and their location in the mid-18th century. To this we can add the information provided by the Personnel Books of laymen and ecclesiastics from different territories of La Mancha, Cuenca and Murcia, what we know today as Albacete and the 87 municipalities represented on the map.
Of the 87 municipalities that currently make up Albacete, 45 had at least one school (51.7%), making it one of the territories with the highest percentage of schools in the whole country. Although the numbers are encouraging, an irregularity can be observed in terms of school distribution, with the greatest concentration in the northern part of Albacete, corresponding to the former province of Cuenca. The data also show a central area with much less concentration, with large areas without teachers, such as the area between El Bonillo, Alcaraz and Peñas de San Pedro, partly due to municipalities with few inhabitants, sometimes with less than 200 inhabitants.
The distribution of the school network in this area and at this time tended to respond to factors specific to the different municipalities, such as agricultural productivity, the intensity of monetary circulation, the concentration of inhabitants or the role of the town councils as the backbone of literacy.

Project: 0. What is Europe? The European Spaces in the history of Europe., 3. Rural world and urban world in the formation of the European identity., 4. Family, daily life and social inequality in Europe.

Abstract: Map showing the number of teachers assigned to different places in the province of Albacete in the mid-18th century

First sheet of the register of inhabitants of the parish of Santiago de Toledo in 1769. 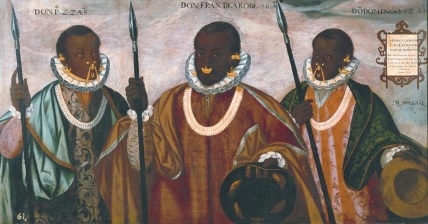