In the Extremaduran village of Hoyos, the Spanish War of Independence in 1808 brought about a structural change in marriages, birth rates and mortality, as a result of the demographic and economic crises that fully affected the previously observed patterns. When the conflict broke out, the population was still in the process of recovery from the subsistence crises of the late 18th and early 19th centuries. The premature presence of the French army from 1807 and the long stays of French, British and Spanish armies meant a drain on food and money that these territories were barely able to cope with.
As is usual in other territories, the marriage rate adapted to the different stimuli experienced by each municipality over the years. Mortality, on the other hand, is more structural and shows the consequences of certain diseases such as smallpox or cholera, droughts or plagues that devastated the livelihoods of the inhabitants. A key factor at the end of the 18th century was the crisis caused by the price of wheat between 1797 and 1798, which had an impact on a staple product and led to terrible economic and social prospects that were reflected in the birth and marriage curves. In terms of mortality, the peak occurred between 1804 and 1805, due to the previous agrarian crisis and the appearance of new outbreaks of typhus and malaria.

Abstract: Graph showing the evolution of mortality, birth rate and marriage rate in Hoyos to reflect the changes that took place around the War of Independence in 1808 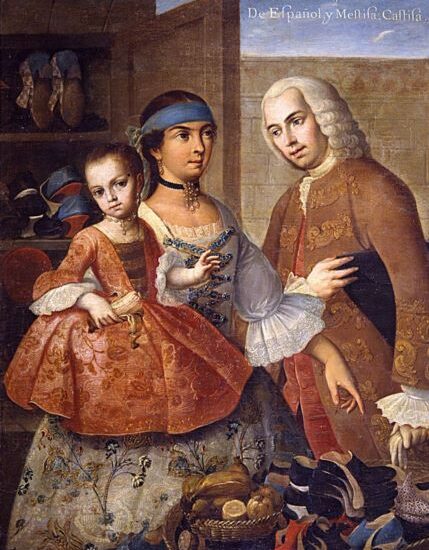 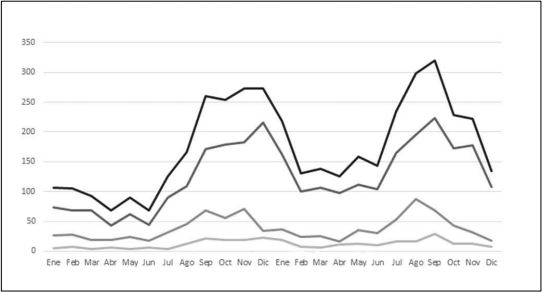