The wife brought to the marriage, either by herself or other persons on her behalf, a series of assets from the paternal surplus, which constituted the anticipation of a legitimate inheritance received at the time of the constitution of a new family. It was the husband who received the assets and, on the other hand, became the administrator of them with the obligation to return them to the heirs or the wife herself in the event of divorce or death of the husband. These goods delivered could appear with the estimate of the prices -estimated price- or without it, indicating only the description of the goods. As for the male professions, labourers are owners of land and livestock in large quantities, while cangueros are small taxpayers with little land and a few animals. Day labourers did not own agricultural real estate and worked for wages. The artisans, on the other hand, have all the distributions made during the 17th century as small taxpayers satisfying local needs. On the other hand, the graduates are those people in the service sector who needed certain studies in order to exercise their profession. 72% of marriages took place between families with the same qualifications, and this was more pronounced among farmers (84%). Along with wealth, there were two hierarchies of power: the possession of council posts and cleanliness of blood. Honour, power and wealth go hand in hand, as all the mayors and councillors who appear in the letters of dowry fall into the category of peasants, as do those who declare their nobility.

Abstract: Professions carried out by the fathers and husbands of the daughters and wives who married in Lower Extremadura in the 17th century 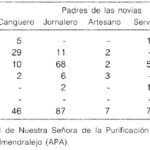 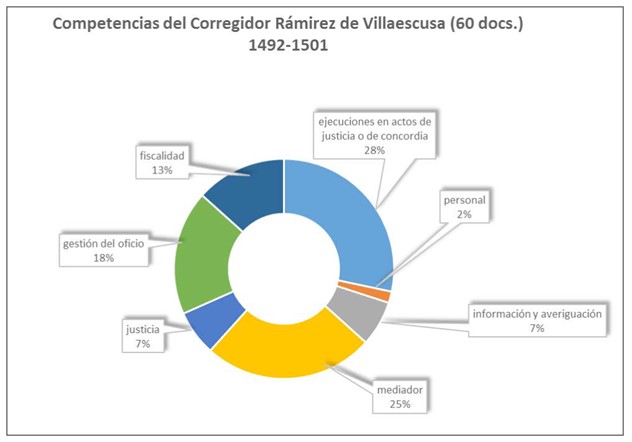